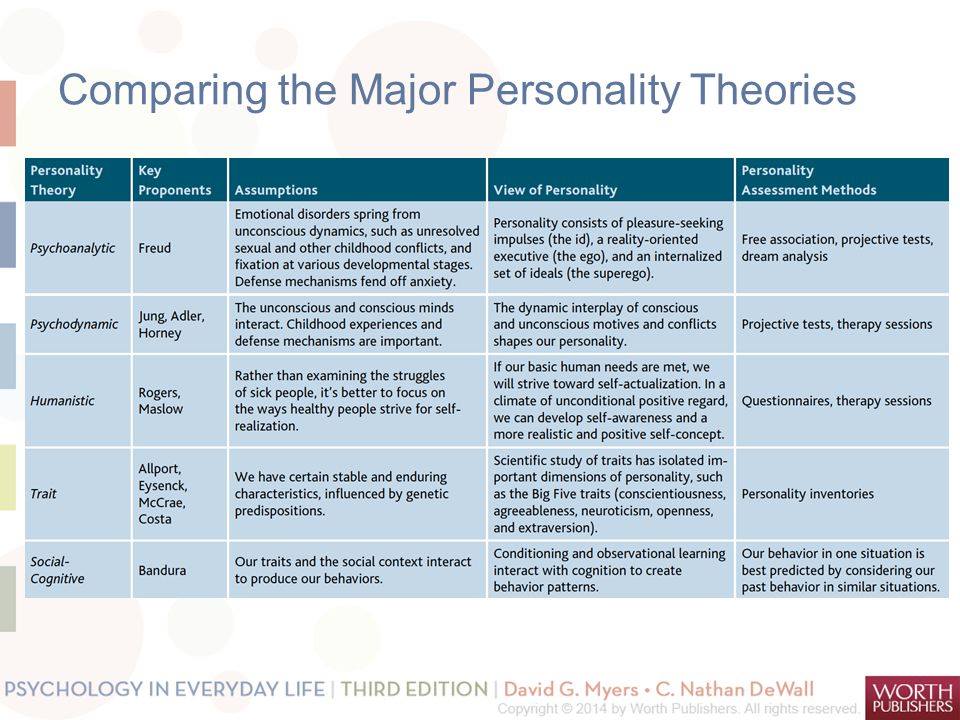 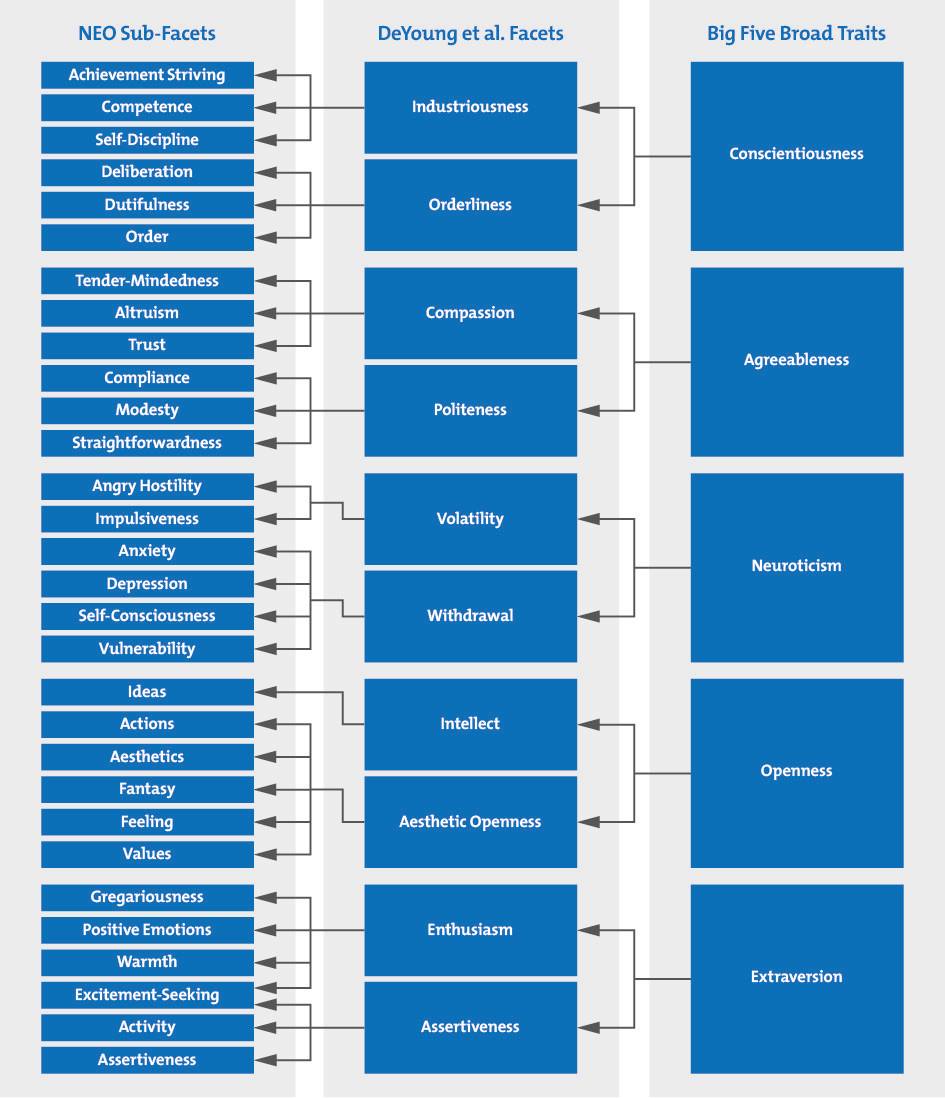 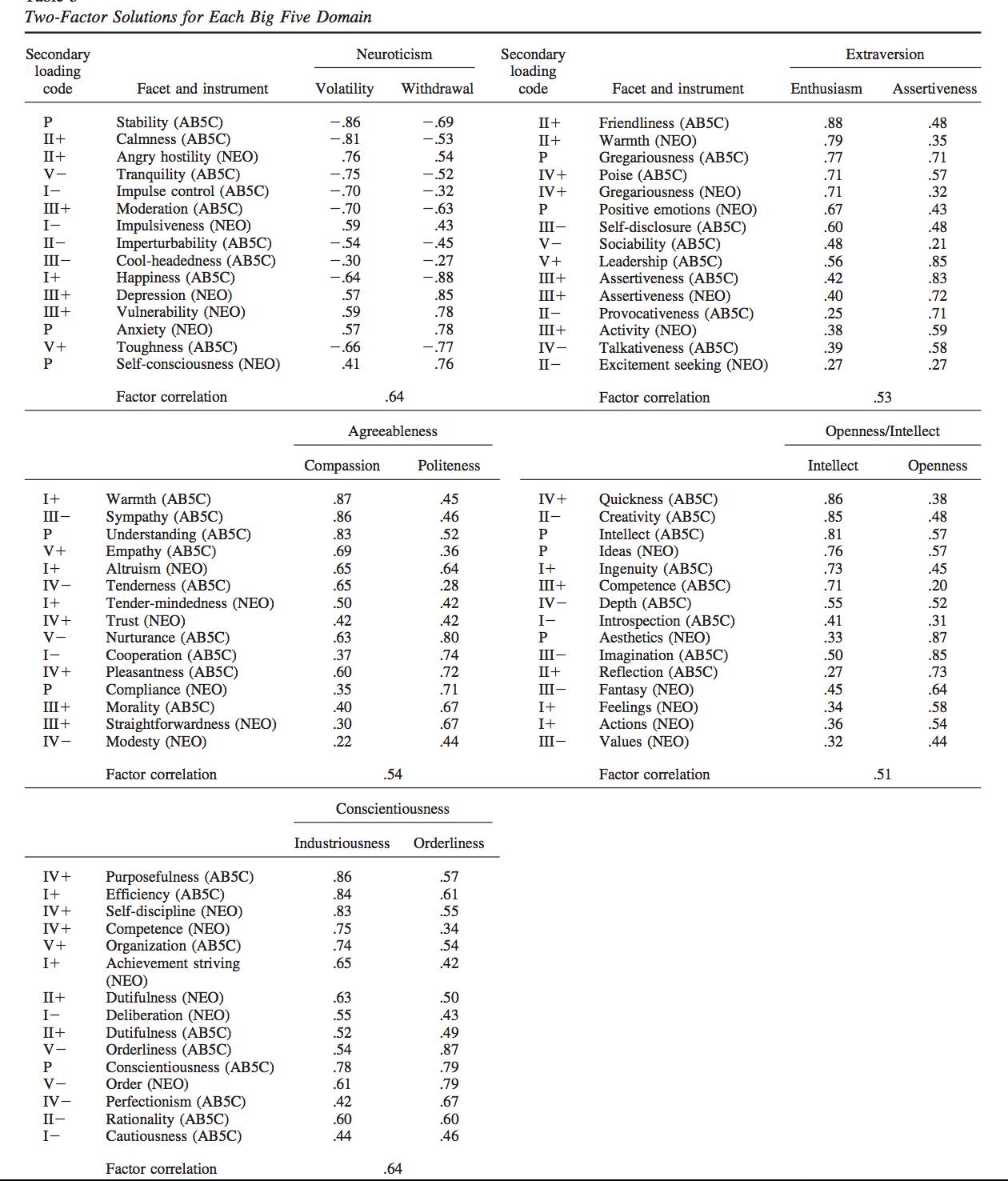 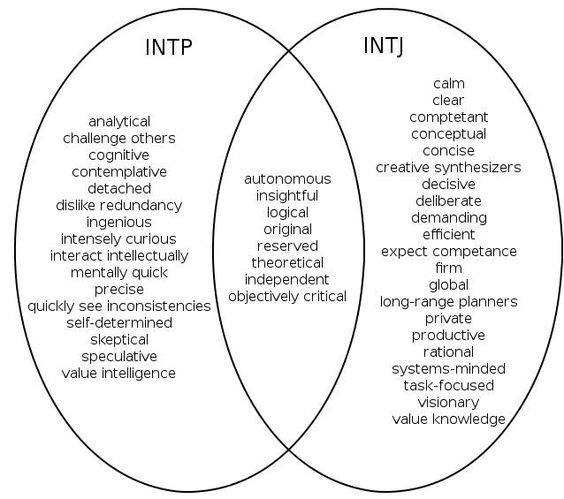 NOTES ON PHYSICAL BASIS OF PERSONALITY

five-factor solution to the correlations among personality traits is most widely used; a taxonomy known as the “Big Five” (Costa & McCrae, 1992, John, Naumann, & Soto, 2008). In this model, there are five key traits: 1.) Oppenness to Experience, 2.) Conciensciousness, 3.) Extraversion, 4.) Agreeableness, and 5.) Neuroticism. Of the Big Five, Extraversion and Neuroticism are the best understood in terms of their underlying processes (DeYoung et al., 2010).

researchers using fMRI imaging found correlations between brain activity and four out of five of the “Big Five” traits. Summarized briefly, they found that for extraversion, there was a significant association with volume of the medial orbitofrontal cortex. For neuroticism, the two largest associated regions were the right dorsomedial PFC and in portions of the left medial temporal lobe. In agreeableness, there was a positive association in the posterior cingulate cortex and a negative association in the superior temporal sulcus. Concienciousness was associated positively with a region of the lateral PFC, and associated negatively with the posterior fusiform gyrus (DeYoung et al., 2010).

researchers focused on the impact of neurotransmitters (NT) and NT pathways on personality tendencies. Specifically, they looked at dopamine and the corresponding mesolimbic dopamine pathway in relation to extraversion-related reward seeking behaviors (Cohen et al., 2005). What they found were direct correlations between individual differences in extraversion and variability in the reactivity of the reward system when receiving monetary rewards. “—

The Choice – Episode 0028 – The Prosecution. The Prewar Common Knowledge and Postwar Taboo: The Jewish Question

Marxism is a Religion, and Here is What Religion Means in Modern Context