This map of world haplogroups shows that between africa and east asia, how close or distant we are from one another.

The indo-iranian-european expansion was … extremely successful and led to civilizations. The Iranian most successful of all. The arab-african counter-enlightenment (Abrahamic Dark Age) destroyed the great empires and by 1200 had set in course the impoverishment of the ancient world’s breadbasket.

In europe almost all of us existing are very near kin, because we literally killed off most of our underclasses between 700 and 1200. 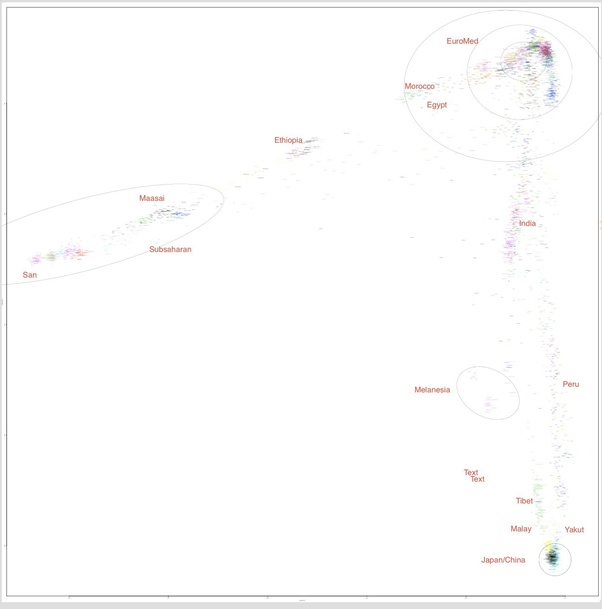